Now through December 31, 2016, this new exhibition celebrates the centennial of the National Park Service!

The Rockwell presents Art of the National Parks, an new self-guided tour that marks the centennial celebration for the National Park Service, which created nature destinations such as Yosemite, Yellowstone, Grand Teton, Grand Canyon, and Glacier national parks.

Art has been part of the history of national parks since the 1870s when Hudson River School painters captured majestic Western landscapes. Through their awe-inspiring works, the public came to see these special places in America for the first time. The works captured their imaginations, spurring them to preserve these lands for future generations. Visitors are invited to learn first-hand how Hudson River School artists and their successors documented America’s majesty and influenced the preservation of our land. 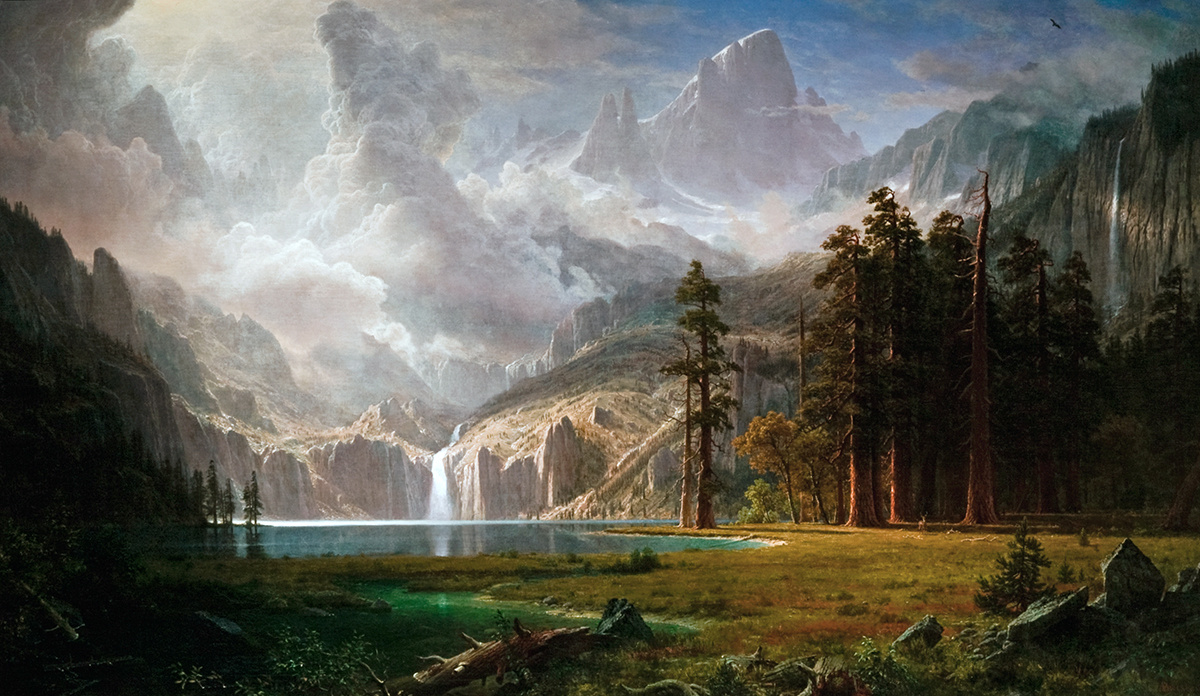 The Grand Canyon is considered one of the Seven Natural Wonders of the World. 19th-century landscape artists such as Thomas Moran (Clouds in the Canyon, 1915, oil on canvas.78.43) romanticized the American wilderness and helped sway public opinion towards protecting these unique geologic formations from private development. Paintings of Zion Canyon exhibited at the Saint Louis World’s Fair in 1904 influenced President Taft’s decision to designate this area as a National Monument in 1909. Depicted here: Clyde Aspevig, Winter in Zion. 88.6.

The tour, which continues throughout 2016, will feature art that exemplifies the parks, as well as artists who were instrumental in building public support for the creation of the National Park Service such as Albert Bierstadt And Thomas Hill.  Art of the National Parks includes pieces from Hudson River School painters and Western landscape artists, as well as artists from other important movements within American art. The self-guided tour of the exhibition reveals how early explorer artists like George Catlin and Karl Bodmer documented America’s majesty and used art to influence preservation back in Washington, D.C.